This ongoing project is part of a very ambitious renovation of the Corsley House estate by the new owners Glen and Keith.

This project started in a roundabout way with an enquiry in September 2019 from Steve Horrell, head chef at the Roth Bar and Grill at Hauser and Wirth, Somerset. Glen and Keith had become fans of the grill after buying nearby Corsley House and were impressed by the fire kitchen developed by Steve in the courtyard outside the main kitchen and dining area. They had asked him about assisting with an outdoor fire kitchen in their stunning walled garden on the estate.

I had known Jules, Steve’s wife for several years and so after a brief meeting over coffee became involved with the planning by drawing up a scheme based on their ideas. Ranged along one of the tall red brick walls, the new scheme would incorporate a large wood-fired oven, outdoor rated fridge, plenty of work and prep surfaces and an open firebrick hearth for cooking over wood flame.

Time went by, weeks turned into months, and in mid January I was called into a meeting at short notice to discuss the plans with the new owners, Emma the estate manager and Mike Shearing,a local landscaper carrying out the renovation works. What transpired was the scheme we had imagined had changed out of all recognition- gone were all the lined up prep areas, fridge, sink and fire hearth and in their place would be a more informal cooking area with a more rustic look.

Sadly for us, the work we had expected had passed to the landscaper so we had to wait again for him to build the stone base ready for the new wood-fired oven. Reusing stone from a demolished building and built around a concrete drain ring, the new base was finally ready for us in February.

The Walled Garden Oven- the project goes on….

With the oven already delivered and stored for us on site, we simply had to install the new Four Grand-Mere transverse FT1350 brick oven on the base, insulate it as usual and then cover it all up again as we found ourselves in the midst of several severe storms arriving on almost consecutive weekends.

The walled garden oven project will be updated as it progresses as the weather in February 2020 has been atrocious. The new owners are having their kitchen in the house replaced so expect a lot of fire cooking outside for the next few months, weather permitting!

February rolls on to March and in a brief lull in the wind and rain, we return to fire up the oven and get it ready for cooking. This is a slow process as the oven insulation has got damp from the driving rain despite being covered up and lashed down!

The clients have ripped out their home kitchen during the extensive house renovation so are keen to start using the oven outside-  its that or eating out every night or endless take aways. The weather hasn’t been kind to us so I do hope they get the chance….

The stonemason on site was finally able to make some progress and get the area in shape ready for summer cooking. The oven has changed a lot, with new stonework around the mouth, tiles on the roof and an old chimney pot to cap things off. 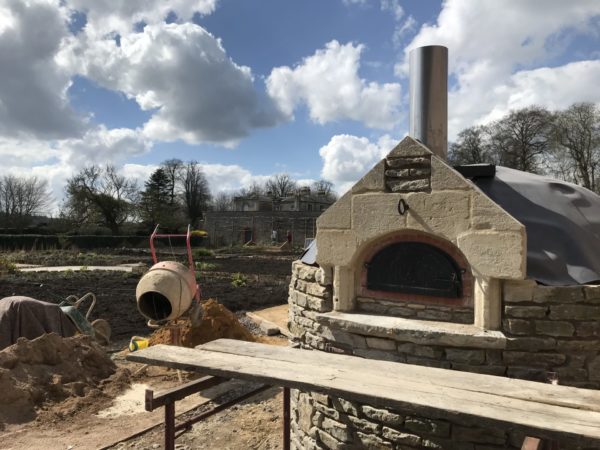 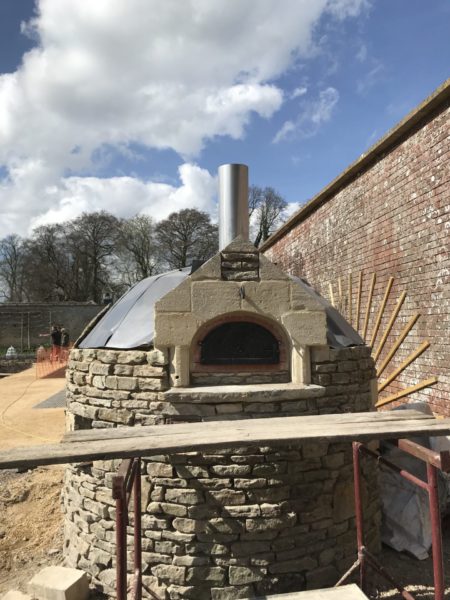 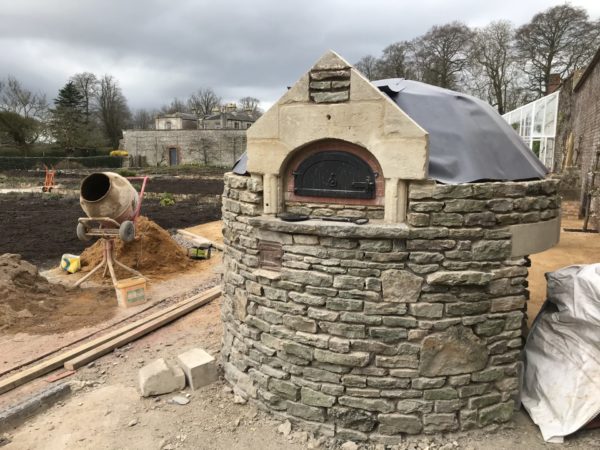 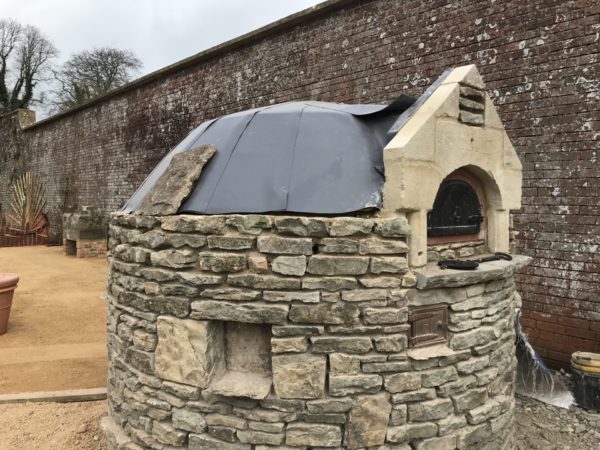 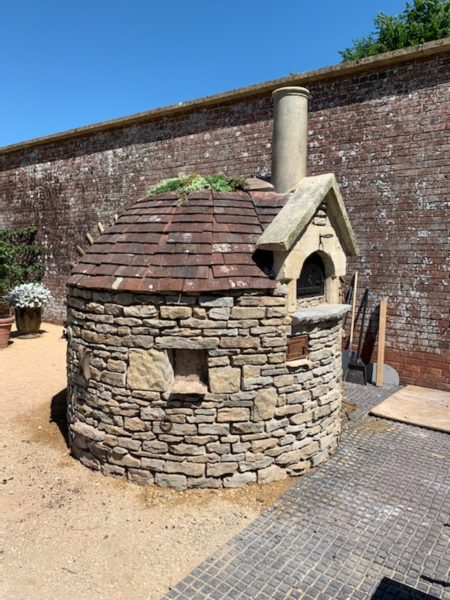 Finished oven with sedum on the roof

Walled Garden Oven- an introduction This ongoing project is part of a very ambitious renovation of the Corsley House estate by the new owners Glen and Keith. This project started in a roundabout way with an enquiry in September 2019 from Steve Horrell, head chef at the Roth Bar and Grill at Hauser and […]