In May 2017, our client Georgina asked us to redesign and rebuild an existing clay cob pizza oven that had failed through poor materials and lack of waterproofing to the structure. We prepared a design that raised the oven hearth to a more usable level with insulation underneath and added a stone prep surface with log store underneath.

The new enlarged oven has insulation under to stop heat loss through the base, a new thicker two layer clay cob dome, a flue and final coat of lime render to keep the rain out.

The client now has a fully usable oven and is baking regularly when the weather allows!

What is Clay cob?

Clay cob requires about 20% clay and 80% coarse aggregate that is then puddled with clean water until a sticky workable mix is achieved. For the internal dome lining facing the fire, we build a shape of the oven out of damp sand once the hearth has been finished. This is then covered with damp newspaper so that when the sand is eventually dug out, you know where the form meets the clay.

The clay cob mix is laid over the newspaper to a minimum thickness of 80mm and then worked by pressing the surface to compact it and get rid of any air trapped inside. The outer surface is then scratched to receive an insulation layer minimum 100mm thick made of the same clay and aggregate but also incorporating as much chopped straw as the mix will take. Once this layer is finished, the door can be cut out.

Given most of the worlds cob or adobe ovens are traditionally found in quite hot arid areas, drying an oven in the UK is probably the one single thing that will stop you in the first place- it takes ages- and something that should be done if possible at the warmest part of the year to speed things up.

Once the cob is dry enough to support itself, the sand form can be dug out so that the interior can dry further. Once dry, a series of fires will bake the interior hard enough to start cooking. You can add a flue and a door and if outside with no roof, a lime sand render to keep moisture out.

Clay cob pizza oven or adobe are amongst the oldest known structures and are still used extensively throughout the middle east and central america in village communities. Based on a dome made of clay with added aggregate and straw, the clay cob oven is a low cost, simple structure that almost everyone can afford. See our others project here, Cob Oven-Lynsted, Kent

We do recommend you installing anything in cob under some sort of roof just to keep the worst of the weather out but it is possible to use a lime render over clay cob as they seem to have an affinity that cement just doesn’t have.

Lime render and Lime wash is used on our traditional Devon cob houses to protect them from damage and water ingress. When done properly, the breathable but water repellent covering will extend the life of a cob oven more many years.

Contact us if you wish us to build one for you or try this book from the acknowledged expert, Kiko Denzer, if you need step-by-step help. The wonderful thing about clay if you’ve ever done any pottery, is that you can add decoration very easily so let your imagination run free and personalise your creation to your hearts content. 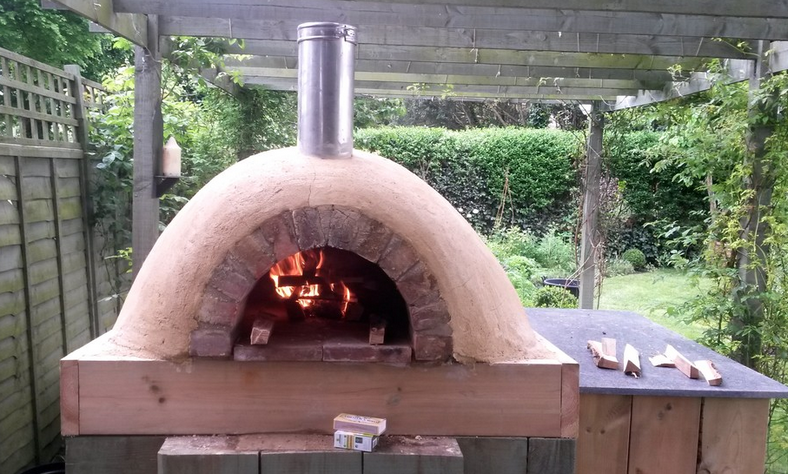 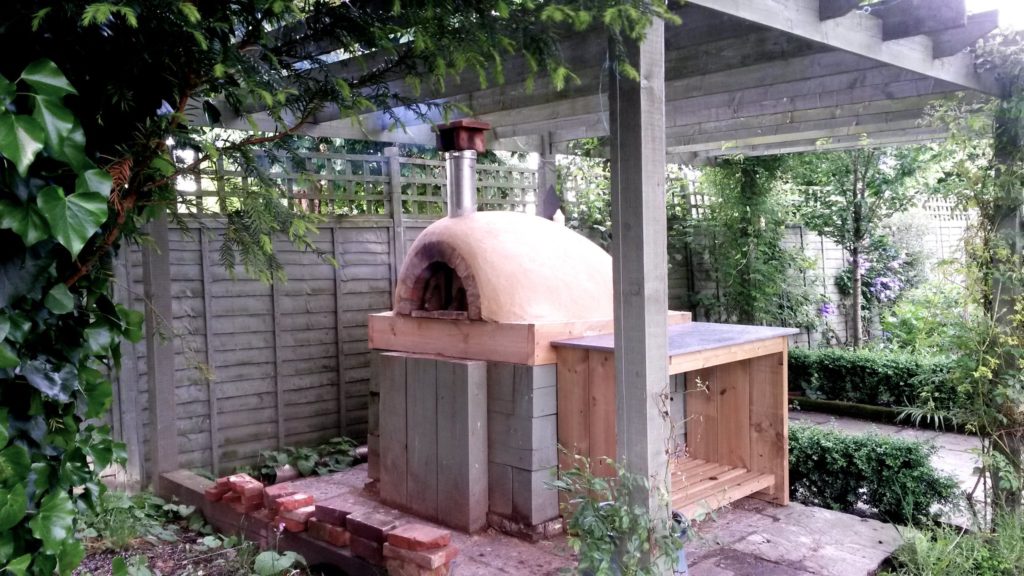 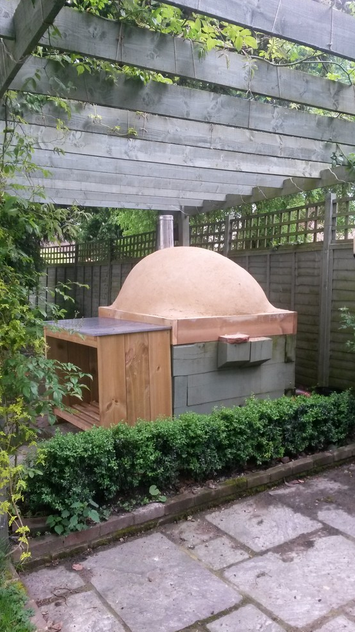 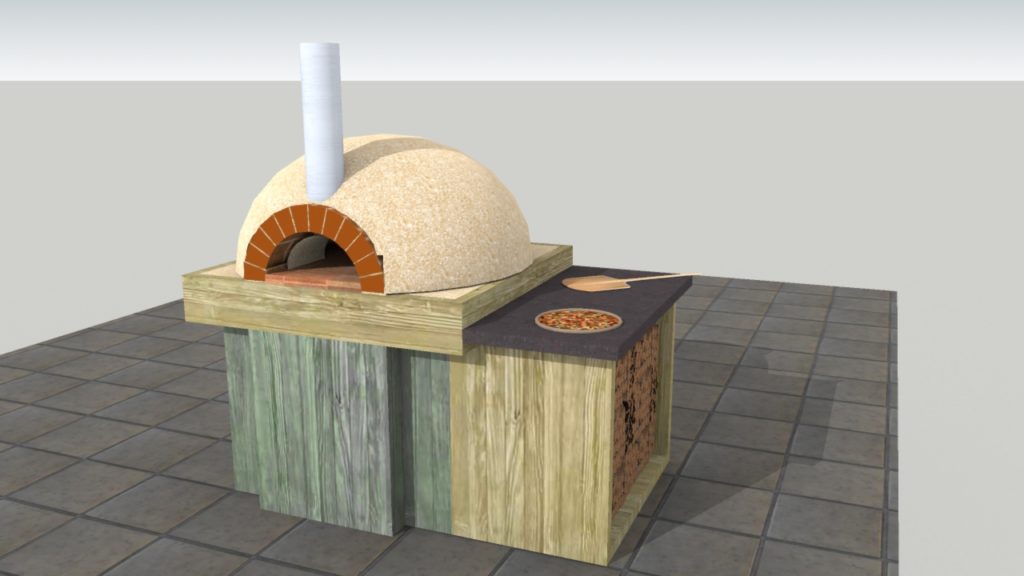 Clay cob pizza oven In May 2017, our client Georgina asked us to redesign and rebuild an existing clay cob pizza oven that had failed through poor materials and lack of waterproofing to the structure. We prepared a design that raised the oven hearth to a more usable level with insulation underneath and added a […]