What can you say about this fantastic pub, with its stunning views over RSPB Otmoor Reserve and was a drinking haunt of writer Evelyn Waugh! We were certainly very excited to work there and now that its a community owned business, the community is very much at the heart of everything they do. We were approached early in 2020 by the manager Suzi who was looking for a design and build specialist to work with them to realise a new building in the garden housing a large wood-fired oven.

The head chef Alex was impressed by the quality of our work on other projects and was keen to engage someone who he could get along with, not only professionally but socially as we were going to have to stay over for 4-6 weeks. See their profile here

After a January 2020 site meeting with Alex to discuss his requirements and budget, we set about getting a design finalised for submission to the local authority for Listed Building consent based on the line and level survey.

There was an existing storage shed that had to be demolished and with the new building spanning falling ground, a way had to be found to do this solidly and economically. After looking at different options, we settled on a new spine wall supporting concrete beam and block flooring that could be levelled with a cement screed to take the new tiled floor and weight of the large transverse 1500 brick pizza oven.

Given the time frame for the build, we had to order the oven before we actually had full planning permission so it was with a sigh of relief that the planners passed the plans with the only condition that the flue should be black!

We started work in late July, got all the new concrete footings in and spine supporting wall built and then, carrying one of the very heavy concrete beams, I had an accident and gashed my lower leg really badly. An ambulance was called and arrived an amazing 9 minutes later to take me away to A&E in Oxford. Stitched and patched up I left a few hours later to the news that Alex insisted that I take a week off to recover.

The Abingdon Arms Beckley is one of those pubs that you grow to love. The local drinking crowd were very supportive of my injury and the staff all went out of their way to carry on partying after service to keep my spirits up ( in both senses of the word)! We had some pretty wild nights drinking and laughing into the early hours but as we were sleeping above the pub, it meant early starts and lots of coffee on tap. Alex gave us two full meals a day as part of the work package and as he’s an excellent chef, we had some of the best meals ever.

Very soon we had broken the back of the brickwork, masonry and tiling despite terrible storms threatening to hold us up for days. We set up tarpaulins that we almost lost to high winds and rain but somehow miraculously survived and enabled us to move on to the timber framing and roof.

We called in our carpenter Jay to lend his expertise in setting out and building the framework and in a few weeks we had the whole thing built, clad and watertight, ready for the first firing of the oven that had been craned in by a local builder who happened to have a tele-handler available. This was invaluable as the access was tight and getting heavy awkward shaped objects into the building was almost impossible at ground level.

The Abingdon Arms Beckley has now got a dedicated space for the new wood-fired oven, our T or transverse F1500 brick ovens with raised dome and arch. The oven has masses of space for up to 8 pizzas plus whatever else Alex chooses to cook. Next time you’re in the area north of Oxford, passing through on the A40 or just visiting, take a detour to Beckley and treat yourself to a great meal, excellent local beers and thoughtful wine list 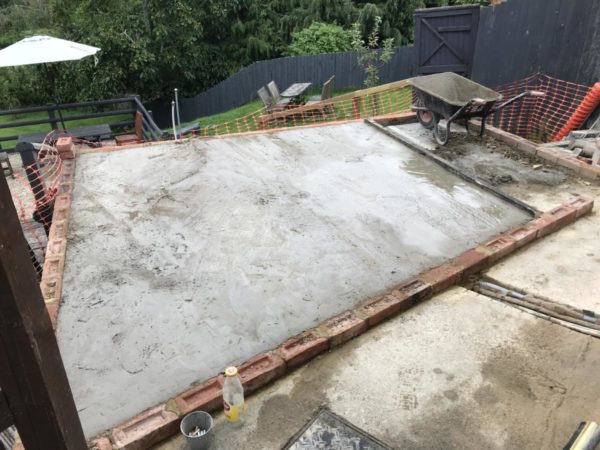 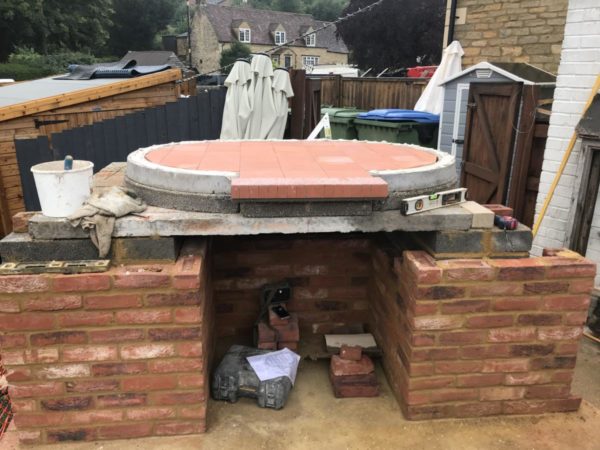 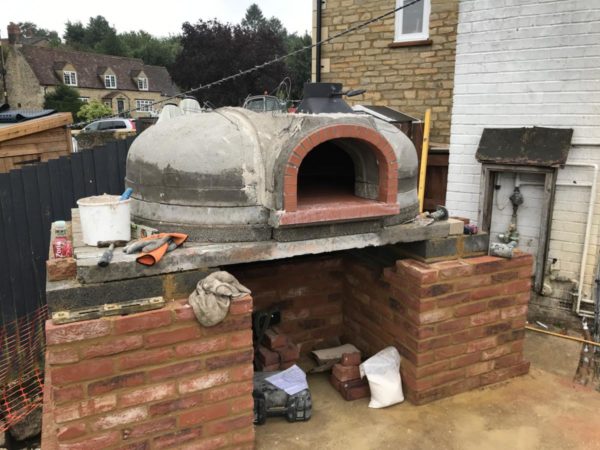 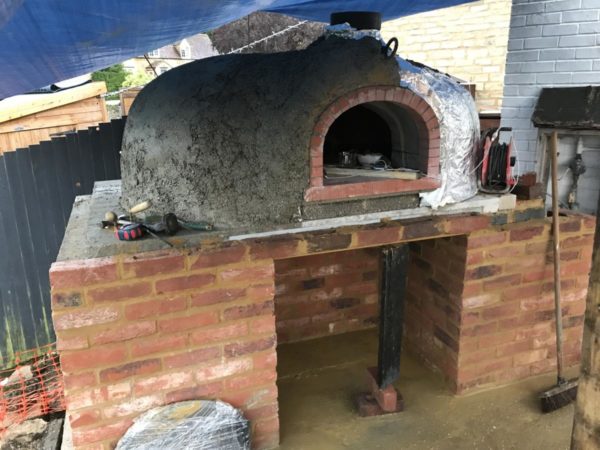 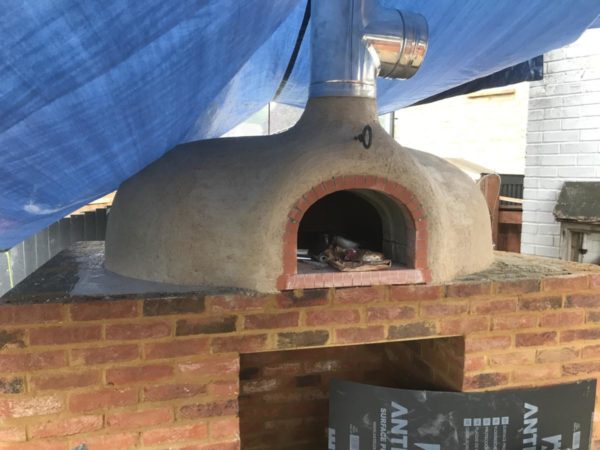 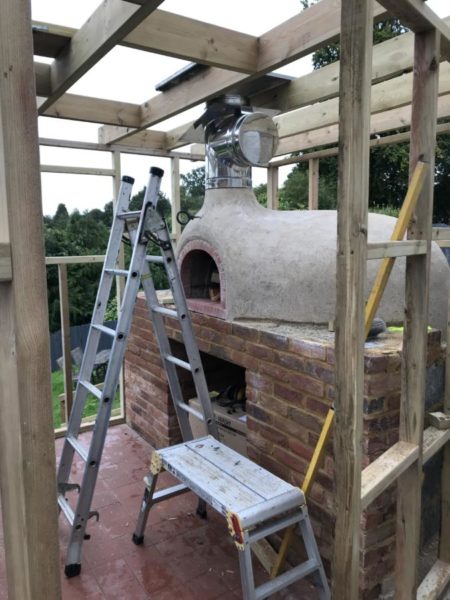 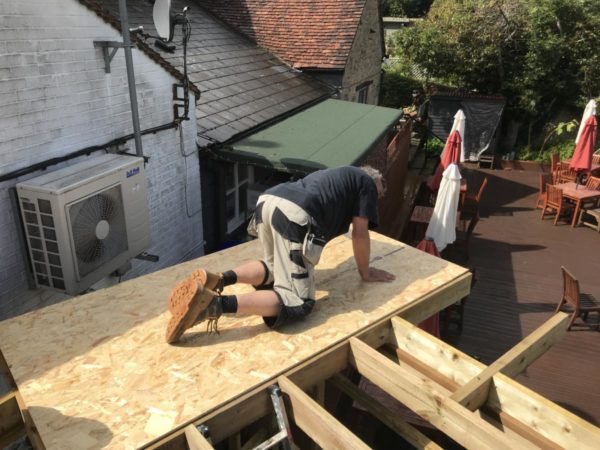 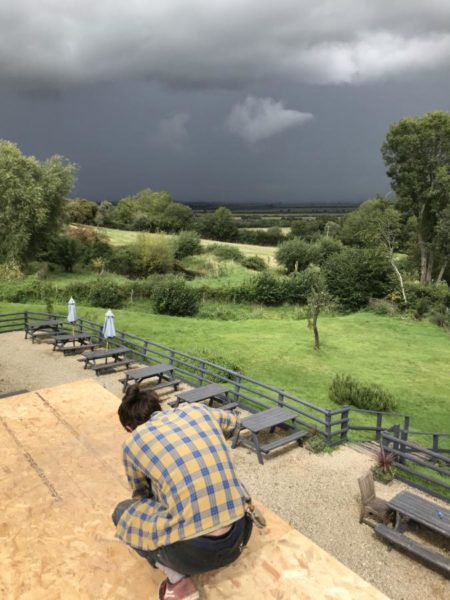 roof with a view of Otmoor 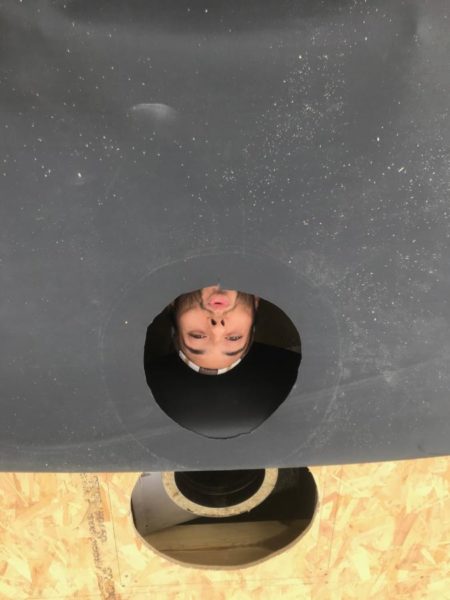 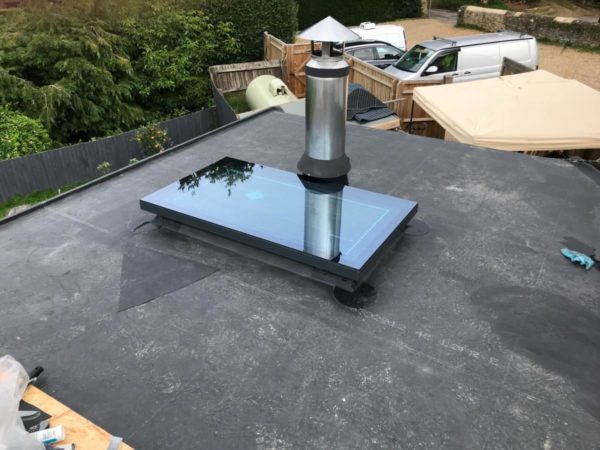 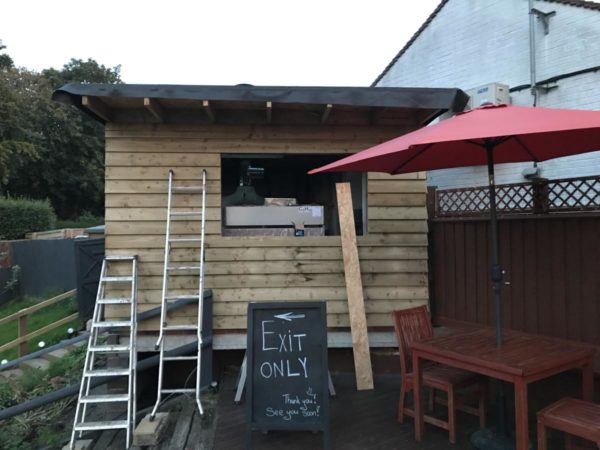 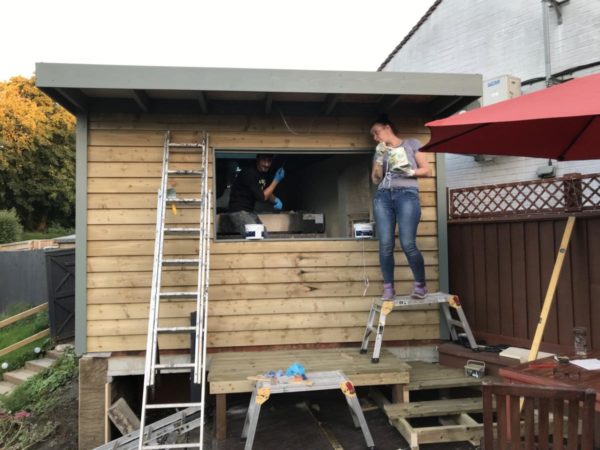 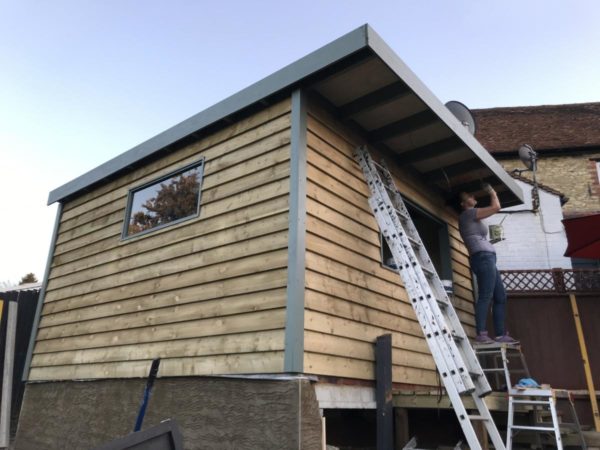 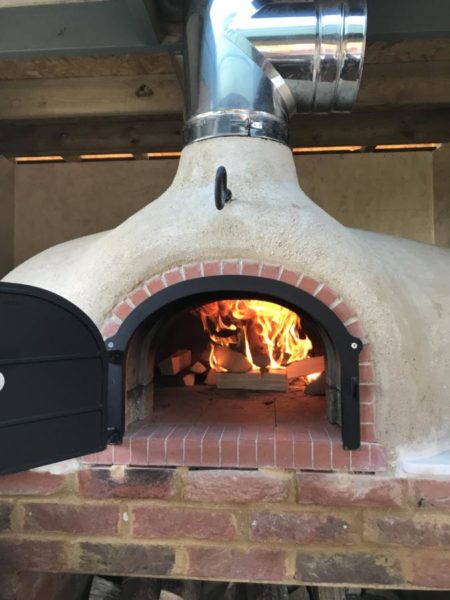 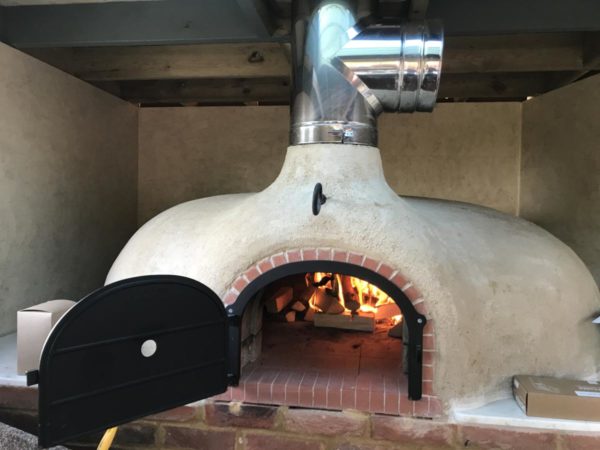 The Abingdon Arms Beckley What can you say about this fantastic pub, with its stunning views over RSPB Otmoor Reserve and was a drinking haunt of writer Evelyn Waugh! We were certainly very excited to work there and now that its a community owned business, the community is very much at the heart of everything […]