Unlike the project at Florentinos Tenby we finished earlier in 2019, the Italian restaurant in Carmarthen in West Wales was already a much loved place to eat with a small existing wood-fired oven that was no longer able to cope with the demand because of its size.

Having talked through the options with owner Claudio, he decided to go with our smaller 1350 transverse or lateral brick oven because of the limited space in the prep area. The 1350 is an excellent brick oven designed to fit into tight spaces because of its narrow depth and wide hearth, giving good access to control several pizzas at a time.

The issue for us was that he only wanted to close the restaurant for a limited time, giving us barely two days to demolish the old oven, get the new oven in place, tile it and get the new larger flue installed.

It was agreed that we would come in and start work after dinner service on the saturday night and work through sunday and monday so the restaurant could open again on tuesday lunchtime.

The sequence of demolition took until 3am on saturday night and started again 10am on sunday morning after a brief sleep break at our local digs. We worked through Sunday until just before midnight to get the new oven in place.

Because of the low height of the ceiling, the standard steel table with hearth at 1200mm would have worked out too high so working back from the oven height plus new flue, we calculated on cutting about 200mm off the legs so everything would fit with a 50mm clearance to the ceiling.

We got the dome sections through and set them in place with a fireclay paste that seals gaps rather than glues down so when the oven heats up it can move and expand freely. The oven could then be insulated with layers of ceramic fibre and rendered with a vermiculite ( Micafil ) cement enhancing the insulation and giving a firm base for the subsequent tiling.

We got the oven rendered when the owner came in and decided that he wanted the whole thing moved back a bit and twisted slightly so the chef would have more space to work. At this point we were stuck while others attacked a stud and plasterboard wall that was in the way. An hour later we could carry on and start tiling. Florentinos Carmarthen was almost up and running again!

On Monday morning, our flue installers of choice, FBS Flues of Warminster, came in and replaced the old 150mm flue with a larger 200mm twin wall flue. Another late night on monday, working until 4am interrupted again by a brick layer brought in to box in underneath the oven. By that time we were all too exhausted and even though bolstered by a take away curry, copious red wine and endless expressos we fell into bed with tiling still to do.

When we arrived Tuesday morning, it was clear that the staff were preparing for lunchtime service and a full scale clean up operation was is force. We packed up to return to finish tiling another night.

Fast forward a week and back to finish tiling and grouting, not easy on a warm oven as the grout sets up a bit too quickly. Another all-nighter and off back home at 5am. 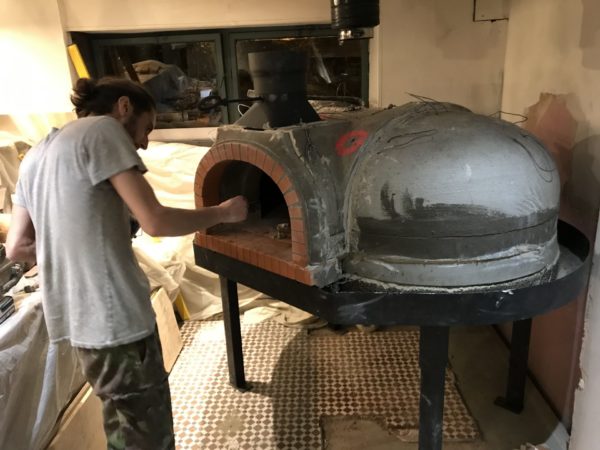 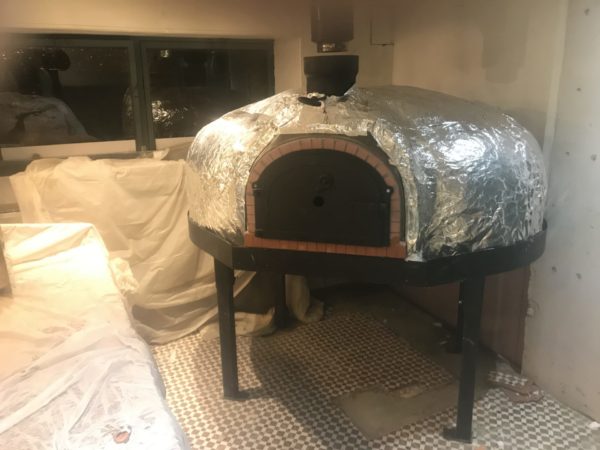 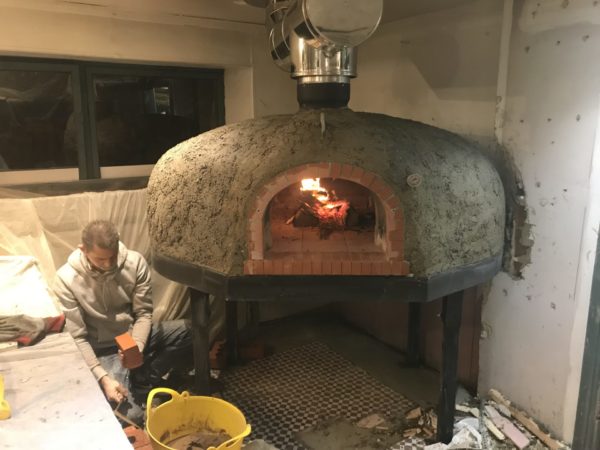 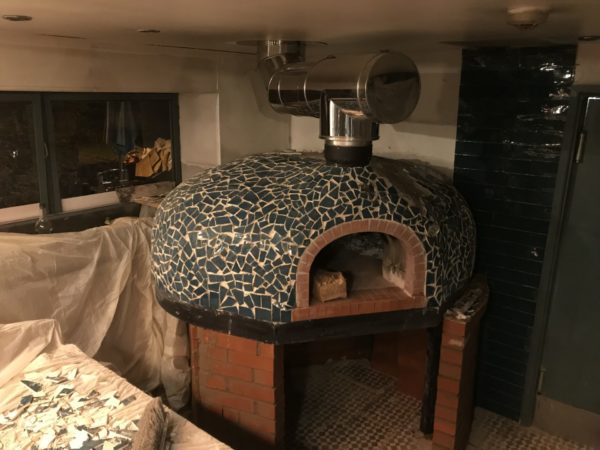 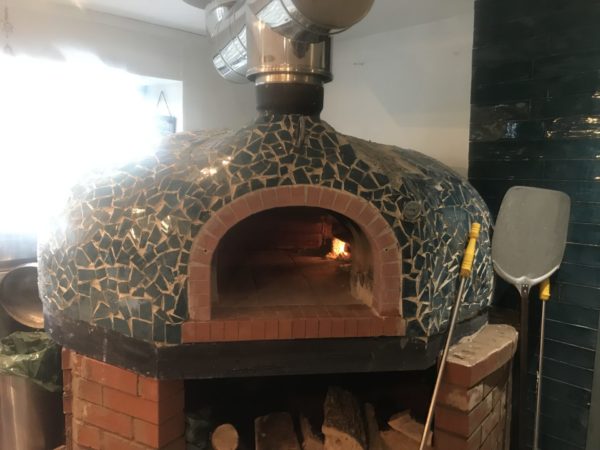 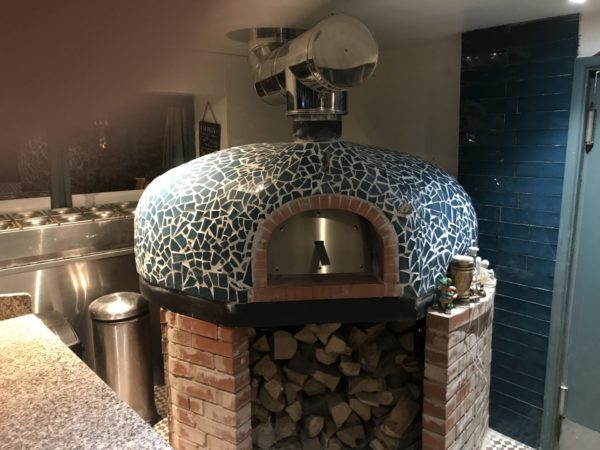 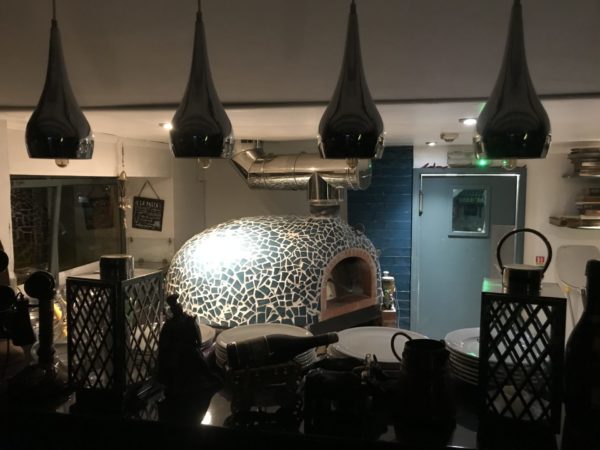 finished oven from the seating area

Florentinos Carmarthen Unlike the project at Florentinos Tenby we finished earlier in 2019, the Italian restaurant in Carmarthen in West Wales was already a much loved place to eat with a small existing wood-fired oven that was no longer able to cope with the demand because of its size. The brick oven Having talked through […]