We had an enquiry in February 2019 from young garden designer, Mark Allen, based in S.E.London who was searching for a company to build a small cooking station at the end of a garden he had designed. After looking at his plan, we drew up a cgi so that his client Jake could see what the scheme would look like using our ‘Le Flamme’ a small 700A+ wood-fired oven.

Priced to be on budget at under £5000, we rejected our larger F800C+ ‘Campagnard’ wood-fired oven on price grounds and also the difficulty in getting the oven sections through the completely renovated house without causing any damage! The Le Flamme is so much lighter at half the total weight of the F800 and easily manageable by two people.

After a discussion with the client, we decided to make the right hand wing of the worktop larger to give more prep and storage space underneath.

Using cast concrete worktops and supporting pillars of rendered blocks, the scheme was unified by picking a plastering sand that would run through everything including the oven dome. Having agreed the design, exact measurements were taken for the formwork so that the worktops could be cast precisely offsite and delivered once cured.

Knowing the weight of any worktop was going to be heavy, we kept the thickness to no more than 30mm so it wouldn’t be a struggle to get the castings through the house and on to the end of the garden.

Our garden cooking station build was delayed while a landscape company built the garden so we didn’t get on site until late April and timed the delivery of the oven so we had a clear run without other works going on around us.

The scheme worked out well and the client is now waiting for a sunny weekend to get the oven up and running. The casting took account of the large Big Green Egg that the client had already and is fully supported by a cast shelf and rendered concrete block pillar.

All the voids will be filled with split logs, again to unify the whole scheme and will give an on trend industrial look to the design.

Small schemes like this garden cooking station are easily achievable within most budgets and can fit quite snugly into corners without taking up much space in a small town garden. In fact corner ovens are a great way to keep the worktop a manageable width as ovens set in a galley style scheme either have to stick out wider than the worktop or the worktop has to be extra wide to accommodate even the smallest oven.

To compare please see our ‘Stylish oven’ project here and you’ll see how the oven has to stick out wider than the prep area adjacent. 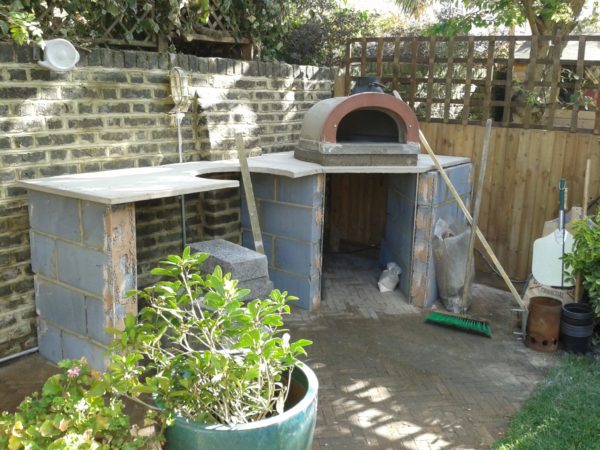 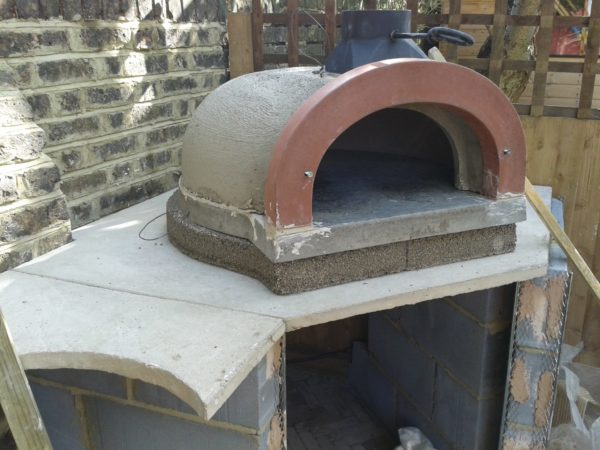 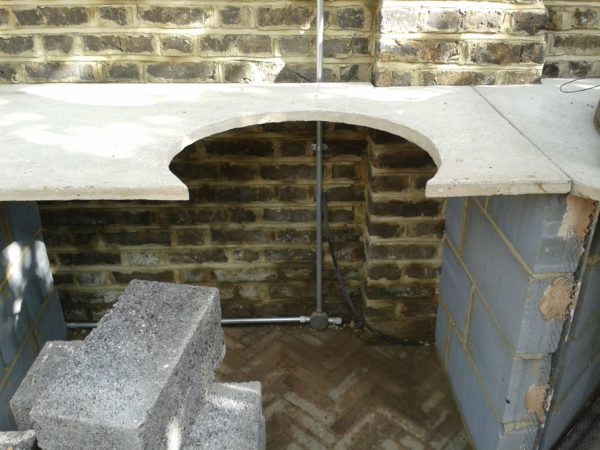 Cut out in the casting 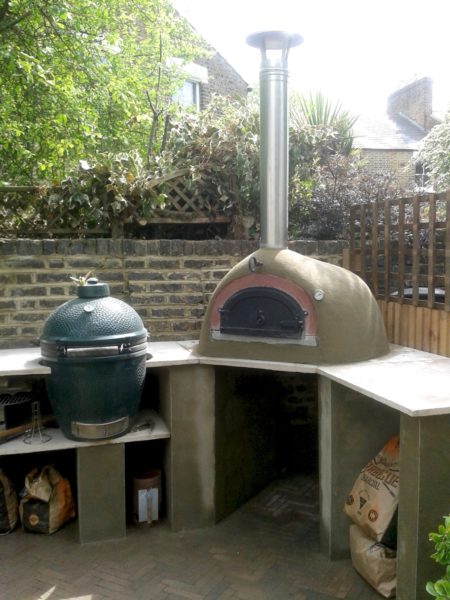 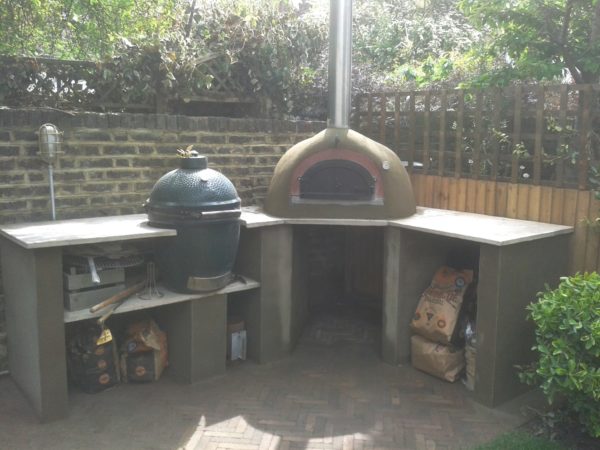 Garden Cooking station- an outdoor kitchen in Nunhead, London We had an enquiry in February 2019 from young garden designer, Mark Allen, based in S.E.London who was searching for a company to build a small cooking station at the end of a garden he […]