Bringing back the romance of masonry, fire and food to this site, the existing grade 2 listed bottle kiln gave us the inspiration, shape and details for the façade with a double brick soldier arch around the door of the oven and for a wood store below. With a metal band around its chest, reusing the original bricks from the site meant it would look timeless and truly at home.

This surrounding structure encloses the oven which sits at a comfortable working height on an inner structure of concrete blocks. We had chosen a manufactured oven core imported in kit form from French oven manufacturer, Four Grand Mere, as their 1500B short 33 brick oven fitted the oven’s corner position and gave us as a larger interior space.

The project dates back to 2013 when we had an enquiry from Kay Richardson, a landscape architect and food activist who was trying to set up a community resource and a wood-fired community kitchen at the old Farnham Pottery in Wrecclesham near Farnham, Surrey.

The owner Guy Haines was keen to use the space for something worthwhile so with his blessing ( and money!) we set about developing a plan to build a large wood-fired oven which could double up both as a bakery or pizza oven.

The building was being renovated around us when we started so we had access to a lot of the original extruded bricks from walls and floors that had been removed. With a lot of cutting, the bricks were formed into halves making building the semicircular shape easier.

Taking cues from the grade 2 listed wood-fired circular double-flued up-draught kiln outside, we developed a plan for the oven based on the overall shape including a steel band that was used to keep the old brick kiln together during firing.

The wood store under the oven is reminiscent of the loading arch at the base of the kiln and reducing brick courses at the top are echoed in the ovens brickwork. Because of the sensitive historic nature of the original building, we decided to use Lime mortar for all the external brickwork which also adds to the character of the oven and helps it blend seamlessly with the old walls.

The oven we chose from Four Grand-Mere’s Commercial range is a variation on their standard 1500 long oven constructed in such a way that there are options for the length of the central arch of the dome. the front and rear parts of the dome are standard but the central section can be made in various lengths to suit the space available.

Made with a brick interior, the oven certainly has a dominating presence in the renovated building and now feels truly at home.

Update- The community kitchen is no more- but lives on!

Sadly since I first posted this project, the community aspect of this kitchen is no more but still lives on for the Haines family use and Open days arranged by the Farnham Society.

“Amrit Row, of Wood Fired Ovens, who has done us proud with his interpretation of our dreams into reality and sound workmanship.”

“ The wood fired oven that Amrit built for The Farnham Pottery is the focal point of a very successful cafe operation in the renovated victorian industrial buildings. Its shape and structure echoes the historic bottle kiln on the site and is very much admired.

It functions perfectly as a pizza oven and for bread making and represents the very heart of the building.” 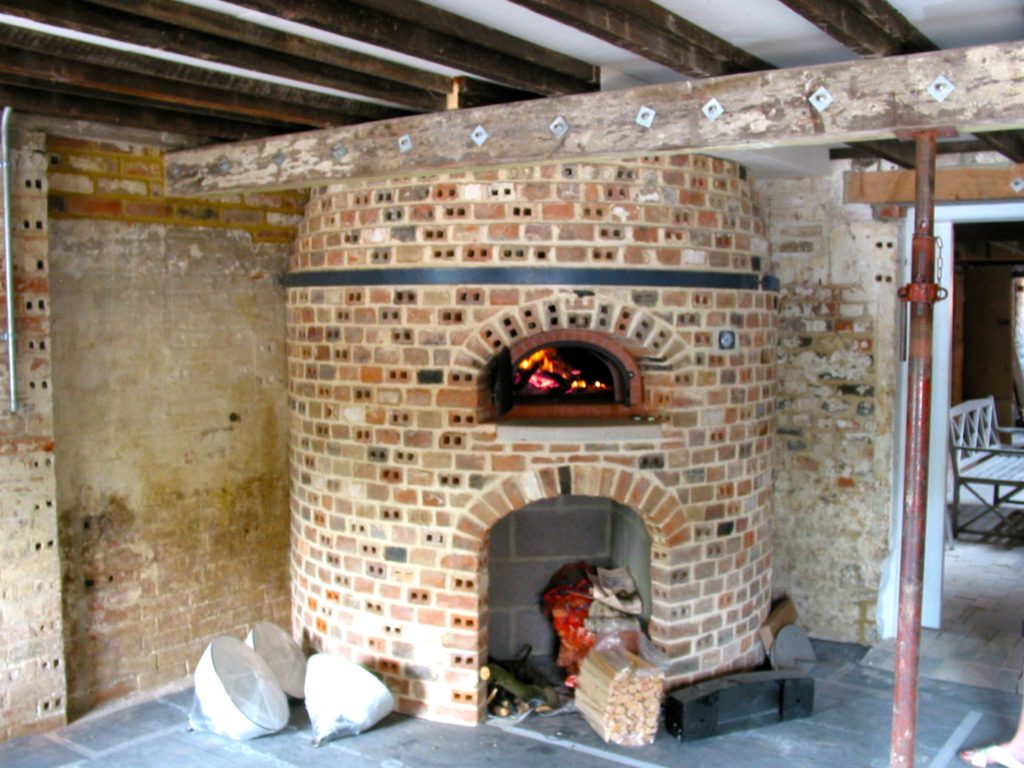 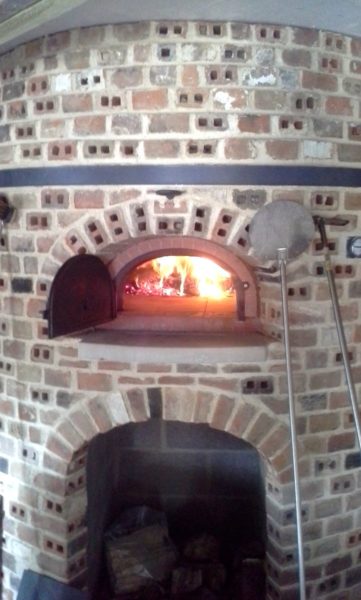 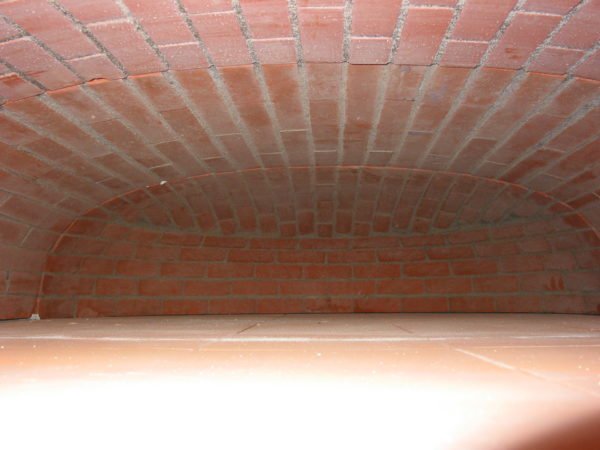 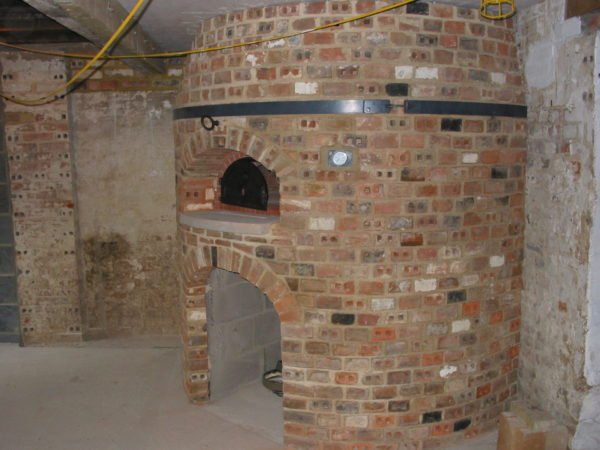 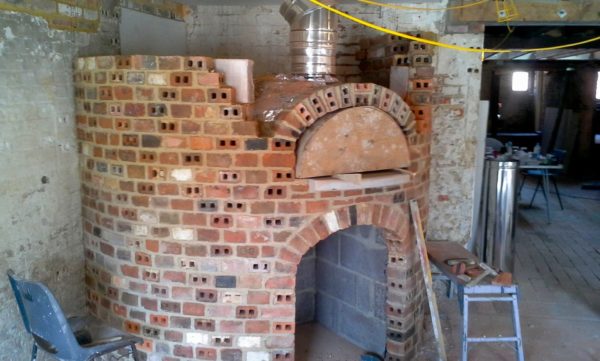 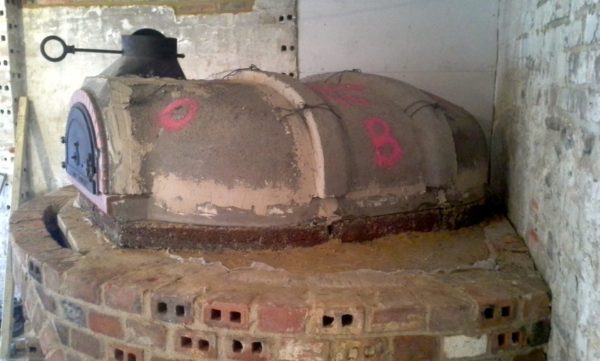 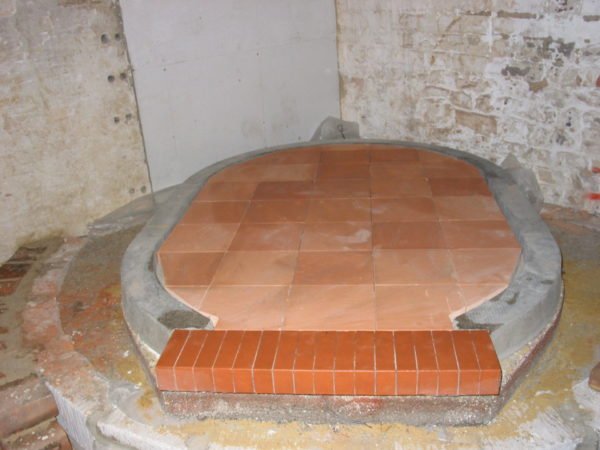 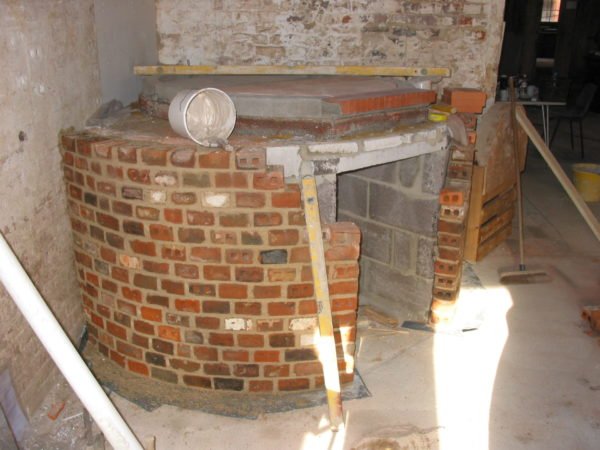 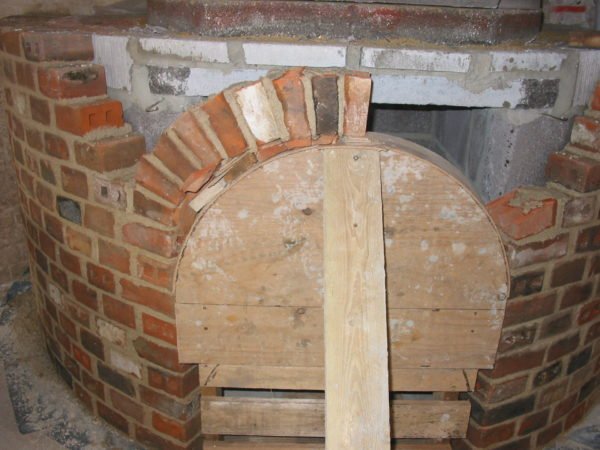 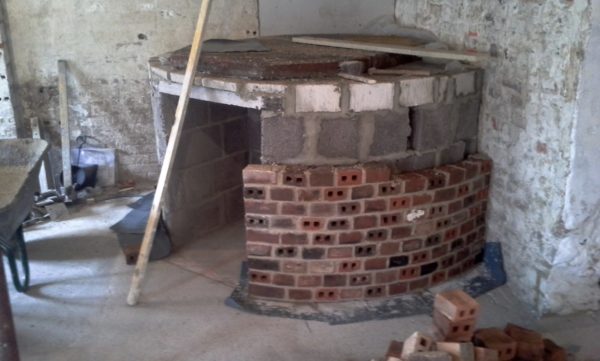