In March 2017, we were approached by the CEO of the Weald and Downland Living Museum after he had seen our bakery oven at Pugmill bakehouse, in the old Farnham Pottery in Wrecclesham.

The Weald and Downland Living museum carefully dismantles buildings of historic and architectural interest from the Sussex Weald and surrounding areas and rebuilds them on site giving the visitors an opportunity to see how they would have looked in their prime.

“With its origins in the 17th century, this bakehouse is originally from the village of Newdigate, near Dorking, in Surrey.

It housed an extensive Victorian bakery when it was dismantled in the 1980s.

Its reconstruction will give the Museum a working historic bakery in which to demonstrate the art of baking. It is our aim is to supply goods made from the flour milled on site in our 17th century watermill.”   Weald and Downland Living Museum website

Bakery reconstruction. Is using a new oven a conservation issue?

One of their current projects was a bakery reconstruction of a 18thC building with a 19thC bakehouse attached and needed help in rebuilding the bakery oven. After lengthy discussions about how to go about it and prices raised for various combinations of build, the museum decided to opt for for a new oven that could be used for demonstration purposes and could be fired to produce bread from flour ground at the Lurgashall mill adjacent to the bakery.

Looking at the time frame for the build, it was agreed that instead of rebuilding in new brickwork, the oven should be be able to be installed quickly but still retain the original size and shape of the original.

We specified a Four Grand-Mere SP2100 brick oven that almost exactly matched the original 2.1m x 1.4m in dimensions and meant that it could be installed and commissioned in a very short time frame. Because it was new and food-safe, it could be used safely for baking demonstrations.

The oven was built off an 80mm thick insulation slab and the hearth comprises 60mm thick bakery tiles giving enough mass for it to hold heat for extended baking. The dome construction is unusual in that in order to get the low height required for baking, it is hung from external steel frames. Interestingly, the original brick oven had steel rods that hung from the rafters with exactly the same function.

We finally started work at the end of September 2017 and had it all installed a week later. The new bakery oven is now being used on a regular basis and proving a popular gathering point for visitors interested in baking.

To follow the museums conservation policy, we used a local Lime putty mortar mixed on site for all the external brickwork which is the gold standard for all conservation type builds. The original external damper and smoke hood that would have taken smoke from the mouth of the oven up the chimney was omitted as it no longer had any useful function.

The smoke now runs directly from the oven gather straight up and out of the oven via a connected flexible flue liner running up the chimney.

Now that the oven has been used and ash and soot deposited around the mouth of the oven, the new parts built during the reconstruction look almost indistinguishable from the original.

We are proud to have been part of the team to reconstruct this building and hopefully our expertise has been valued by the museum management. We still have regular contact with the museums Cultural Officer so if any issues arise we can lend support whenever it is needed. 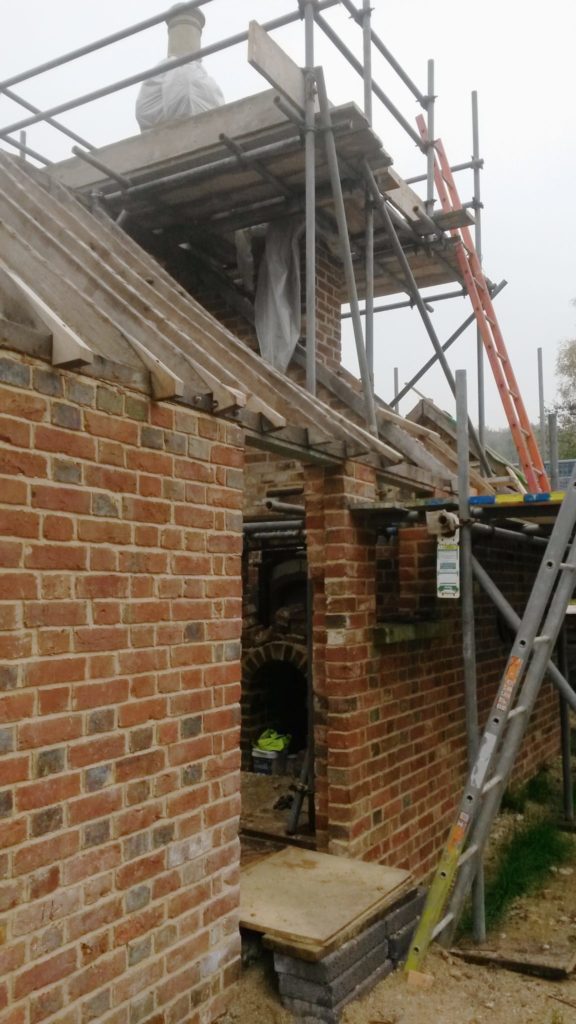 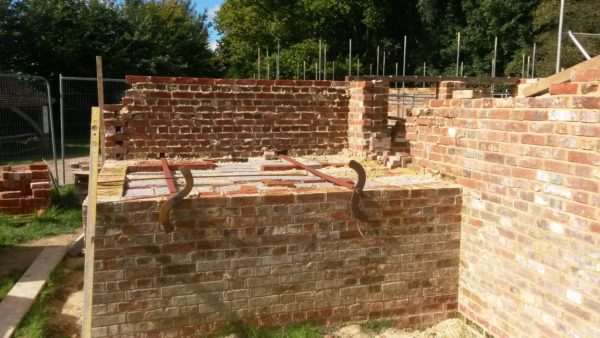 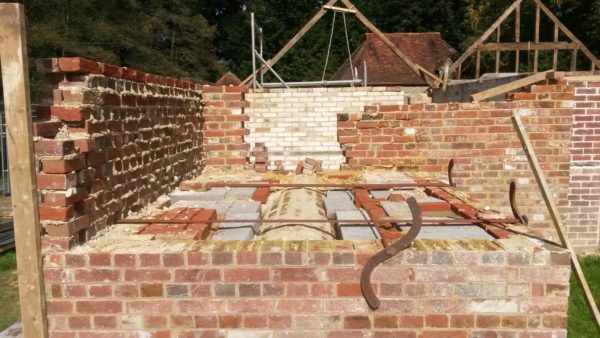 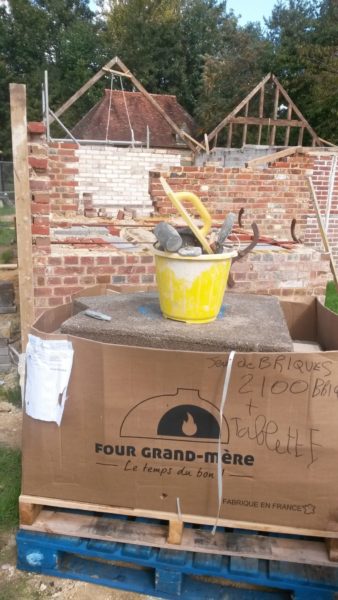 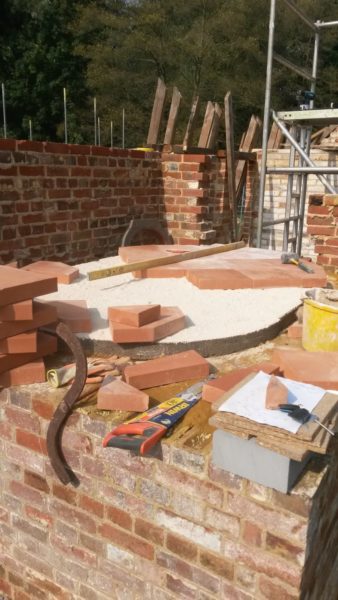 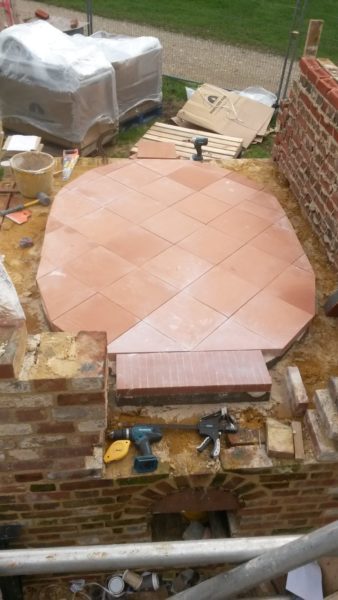 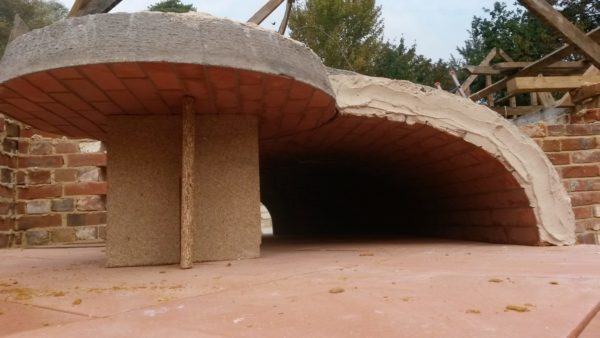 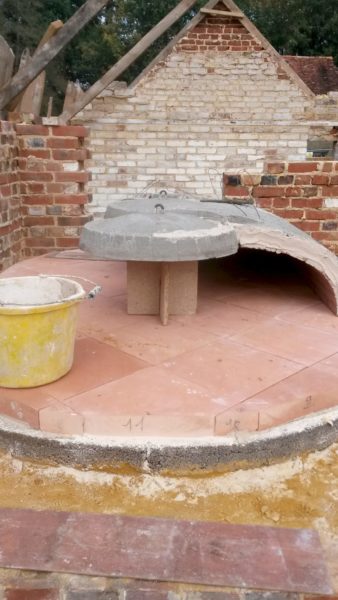 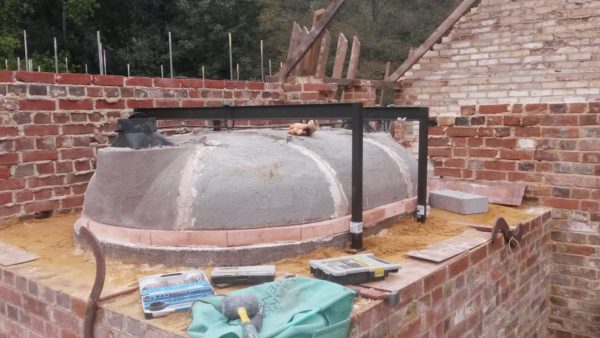 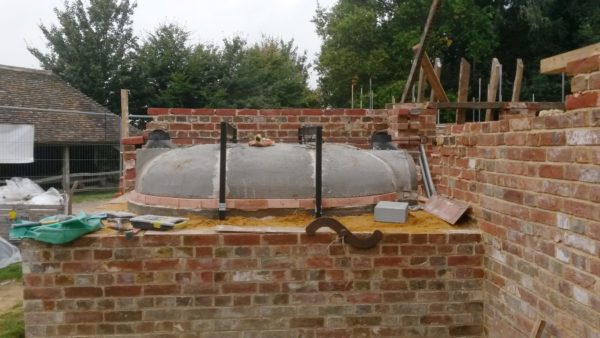 View inside with dome support 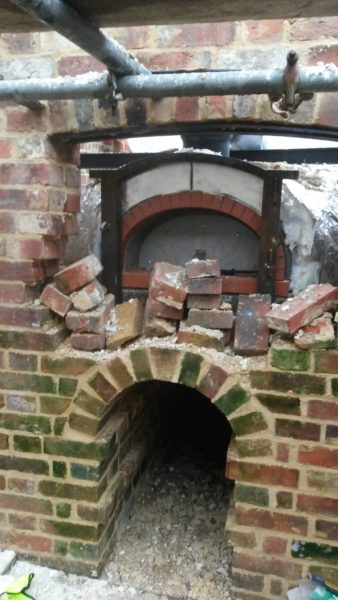 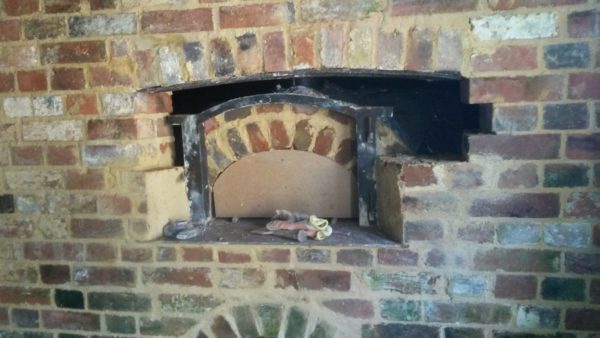 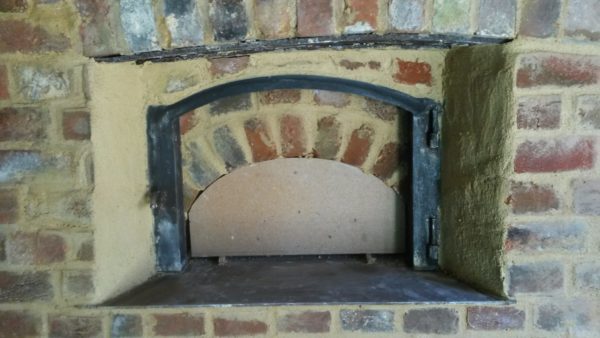 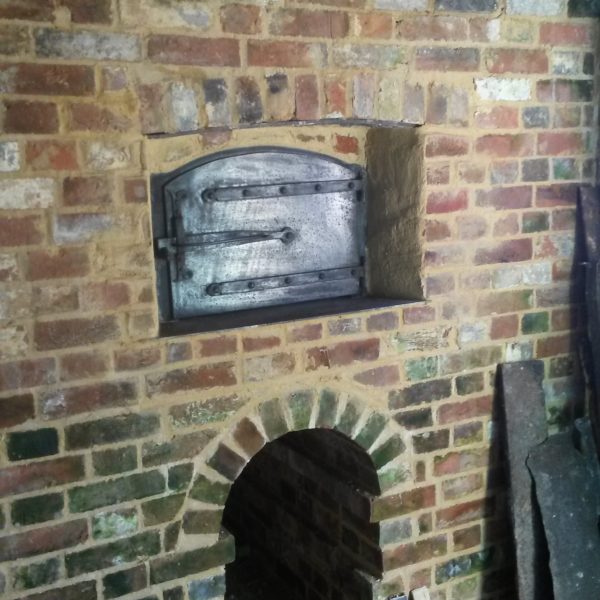 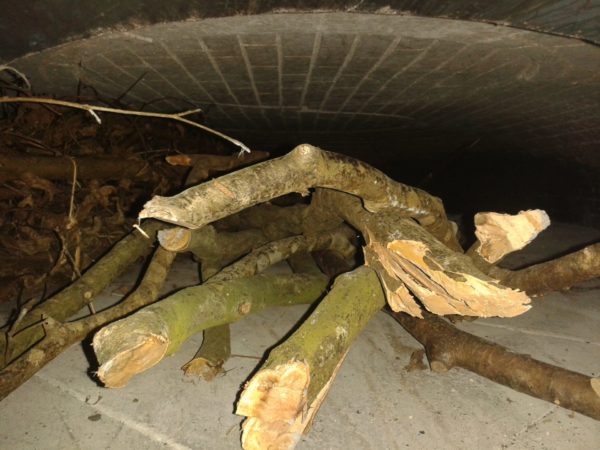 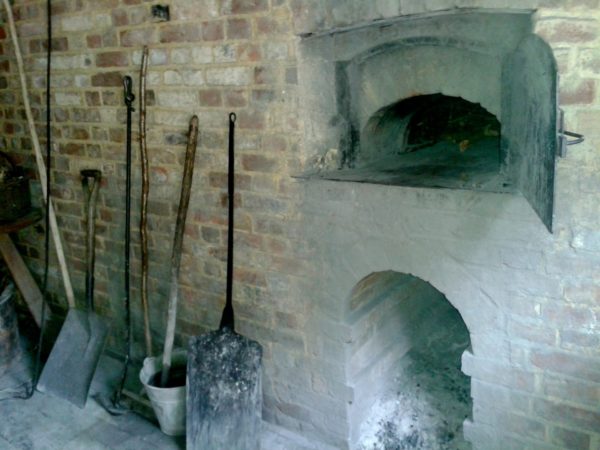 view of oven and ash dump 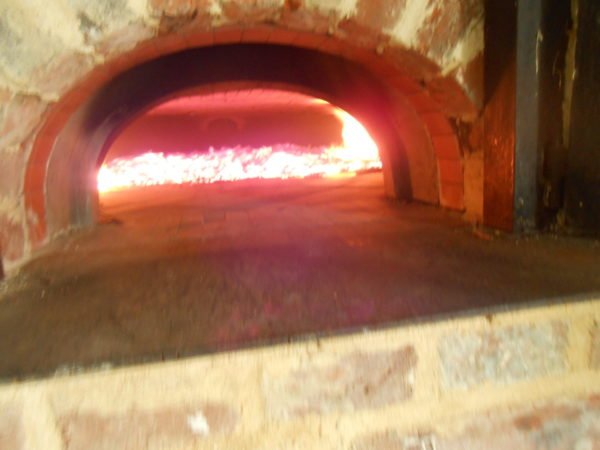