One of the exciting things about working with Four Grand-Mere as an oven manufacturer is the innovations and variations on themes they come up with. Take for instance the Campagnard 800mm internal diameter wood-fired oven- it can come in standard dome height, raised dome height, in brick or chamotte but did you know it can also come in a variation with two entry arches!

Why would I need an oven with two entry arches I hear you ask……consider the situation where you have two rooms adjoining each other, one inside the house, the other an outdoor room attached to the same wall.

Or perhaps just an outside wall of a house where you want one entrance in the kitchen and the other outside or maybe a restaurant where you’d like the customers to see the flames and what your cooking facing the seating rather than the kitchen.

Many thanks to Chris and family in Fowey for permission to post the photos to the gallery below. We sold this oven in 2017 and have only got the photos sent over in the last few weeks! Chris installed the oven himself and we think he’s made a great job of it!

Hopefully it will inspire you that anything is possible with Four Grand-mere- we have seen one of our large commercial ovens with two entrances in France, one for the chef the other with a glass panel so customers can watch the cooking.

see these variations as tech sheets-

making pizza in the house 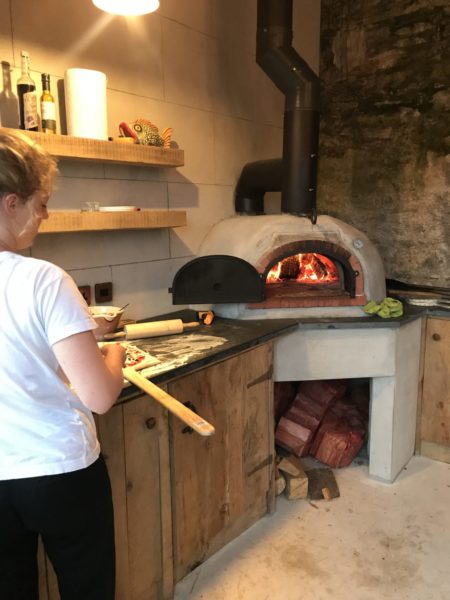 view of house side 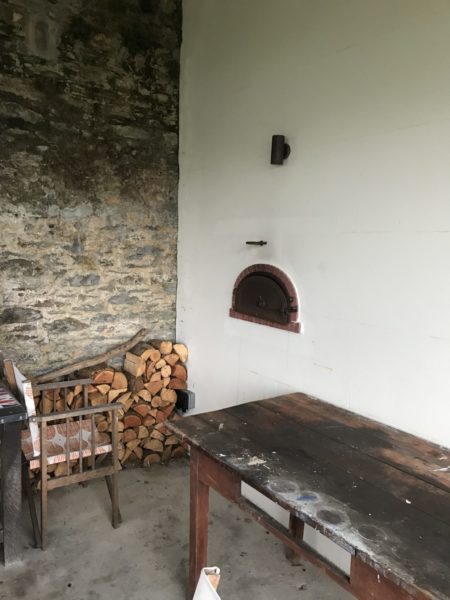 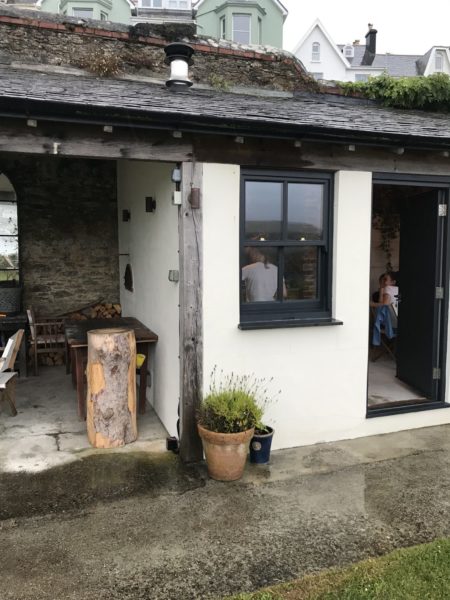 view of inside and out 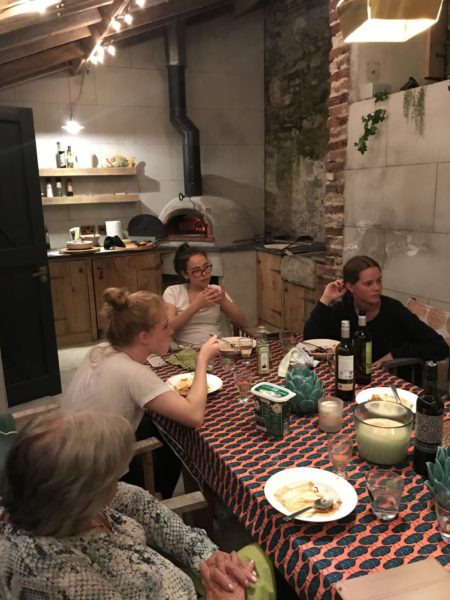 pizza by the oven 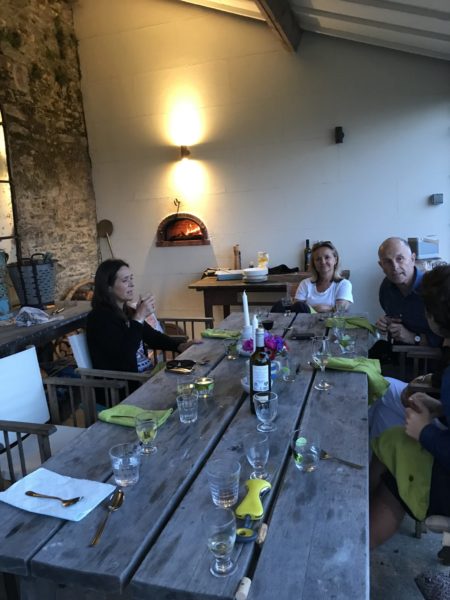 dinner in the outdoor room 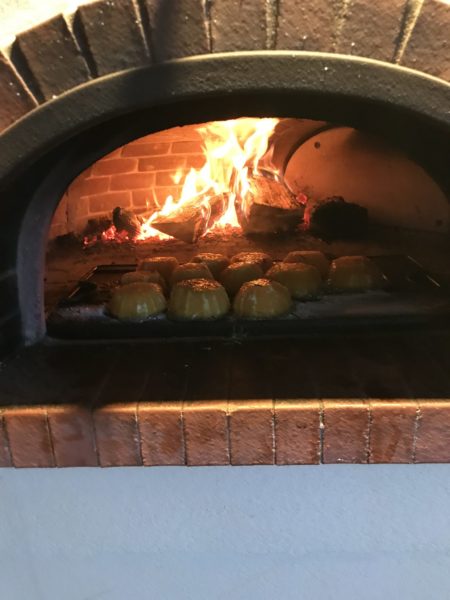 inside the brick oven